Can Your Lifestyle Prevent Alzheimer's Disease? 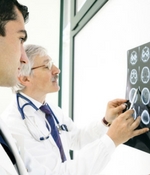 News from the Alzheimer’s Association International Conference in London this month is both intriguing and encouraging. Thirteen Florida researchers were among scientists who attended the conference.

A new U.S. study announced will examine whether lifestyle can prevent cognitive decline in older adults with no cognitive symptoms. Roughly 2,500 participants at high risk for dementia will be recruited next year to maintain a lifestyle of nutritional counseling, physical exercise, cognitive and social stimulation and heart health monitoring.

The U.S. study is a replica of trials conducted in Scandinavia that found such a lifestyle had a protective effect on cognitive function. “There is a pressing need to test the effectiveness of a multi-component lifestyle intervention in larger and more diverse populations, such as the United States,” said Laura Baker, PhD, of Wake Forest School of Medicine. It’s hoped the two-year, $20 million dollar U.S. study will help prove that like heart disease and some cancers, a combination of drugs and lifestyle can eventually prevent and treat Alzheimer’s disease.

Also in London, scientists reviewed evidence of a possible blood marker for beta-amyloid build up in the brain that could someday lead to a blood test to detect Alzheimer’s disease. Substantial evidence points to amyloid as causing the progressive brain disease but currently it takes a spinal tap or PET scan to detect amyloid plaque in the brain.

Scientists from Washington University School of Medicine in St. Louis presented the latest research suggesting that amyloid levels detected in blood can accurately reflect the amyloid buildup in the brain. “Having a simple and inexpensive blood test for screening is likely to greatly accelerate clinical trials to find Alzheimer’s drugs,” said investigator Randall Bateman, MD.

The Alzheimer’s Association International Conference is the largest meeting dedicated to dementia science, bringing together leading researchers, clinicians and the next generation of investigators.